This next entry is a tough one (as if the other’s weren’t? lol).  Growing up, I envied those that were the ‘chatty Cathy’s; you know the type of people I’m speaking of.  Those that can talk about anything (from politics to how you tie your shoe to what your favorite golf course is to play).  I’ve never been the type, I’m much more circumspect and even though I may have thought this a curse, I’ve come to accept this about myself and find it appropriate to write it in this entry.

I would have to credit much of my ‘thoughtfulness’ to my mother.  Mother was also very introverted (well, I did hear stories of her ‘wild’ side when she was younger and single…but that’s for another time) and of the two, our father was the gregarious one, by far.  So when he died, that social crutch for her was gone.

Mother taught me to critically think and it was her influence that allowed me to be comfortable by myself and in my own skin.  I can be in a room full of people or in a building by myself and not feel lonely.  And THAT is thanks to mommy.  I learned at an early age to be happy with myself, to play games and to use my imagination.  And imagination I had.  My poor mother.  I remember wanting pierced ears so badly that I took some of the beads from Nans necklaces that mom was restringing and I would glue them on the front of my earlobes.  They looked like the real deal, perfect…until I went to McDonalds and saw the girl who was helping us.  She turned her head, there, in the back of each earlobe was the earing back and it came to me…”You need backs.”  So when I got home I told my mother that I needed some string, which she gave me.  I made a couple of knots, cut them out and glued them on the back of each earlobe and vio la!

I know!  I was crazy, I was a nut!  But I was imaginative.  Hey, nobody else can say they did that to get their ears pierced.  Did it work?  Yep, like a charm…  Her co-worker took pity on me and bought me a gift certificate on Christmas.  Anyway, the point I’m getting at through this insane bantering is, that yes, I’m very introverted.  But!  It allows me the time needed to mull ideas around in my head.  So instead of fighting it, I’m embracing it.

I know that many must think me a nerd (Nerd) with a capital ‘N’ because I like my alone time so much.  But, this is how I get my creative juices flowing.  And I really have my mother to thank for this.  I have her to thank for so much more, but I’m embracing my introvertedness (not really a word…but you get my drift).  Mommy died in 2006 and there really isn’t a day that goes by where I don’t think about her. 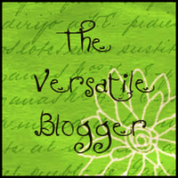 This is one woman's journey into finding her best friend, herself. Life and marriage has caused me to lose my identity, I became so engrossed...

Archives (That was then…)